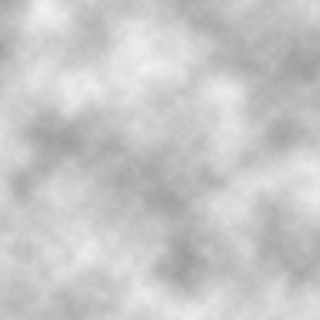 I am interested in processes that shape diversity, composition, and dynamics of communities, especially as they relate to species interactions and species extinctions. I spent part of 2015 in the Sierra Nevada, monitoring mountain yellow-legged frog populations, and reintroducting frogs to lakes where they once thrived (working with Roland Knapp). I look forward to continuing to study how communities respond to extinctions (or how they don't respond), to studying how mountain yellow-legged frog declines affect frogs' aquatic and terrestrial predators, to studying the large-scale patterns of diversity across the Sierra Nevada using new and existing data (with Mark) and to exploring Sierra Nevada food web dynamics (with John McLaughlin).

For my dissertation, I studied how disease driven extinctions of mountain yellow-legged frogs affect communities in the Sierra Nevada:

Nutrient cycling and redistribution by tadpoles as a source of environmental heterogeneity and a driver of diatom community diversity.

Mountain yellow-legged frog tadpoles form huge aggregations in shallow bays in alpine lakes, and these aggregations are associated with ammonia hot spots (yew! tadpole pee!). These hotspots create spatial and temporal heterogeneity; this environmental heterogeneity has the potential to enhance species diversity. As tadpoles go locally extinct, these hotspots disappear, and we hypothesize that diatom diversity will decline in response.

I spent 4 weeks at Diatom Camp in 2013. I prepared this page describing just one of the hundreds of diatoms I have observed in Sierra Nevada lakes.

Mountain yellow legged frogs are omnivores in alpine lake communities; tadpoles are extremely abundant grazers with the ability to reduce algal abundance, and adult frogs are practically the top predator in the lake food web. Frogs are highly connected, and have the potential to directly and indirectly affect other primary and secondary consumers. I spent several summers sampling benthic macroinvertebrate communities throughout the Sierra Nevada in lakes where frogs were extant and naive to the amphibian chytrid fungus, were declining due to ongoing epizootics, or locally extinct due to disease-driven mortality.

Differences in community composition and richness were trivial, and only a few surprsing invertebrate taxa were more or less abundant in lakes where frogs were extinct vs. extant. There was a weak effect of adult frog abundance on invertebrate abundance. It appears that frog extinctions have few and weak top-down direct and indirect effects on Sierra Nevada lake communities. Look for the full story soon in Ecosphere!

Other interests and ongoing projects:

My favorite type of teaching is experiential, in the field or lab, working closely with students to help them learn the research process, ecology concepts, methods, natural history, or outdoor skills.