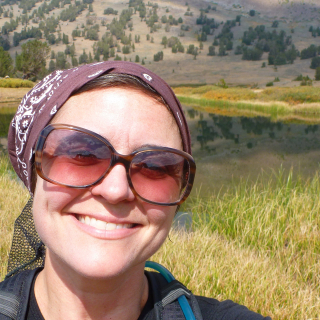 Background: Differential Outcome of Disease Invasion in Amphibian Populations, When the deadly amphibian chytrid fungus,Batrachochytrium dendrobatidis (Bd), invades alpine lakes in the Sierra Nevada, the result is generally extirpation of local Mountain Yellow Legged Frog (MYL frogs, Rana muscosa and Rana sierrae) populations living in the lakes. In some cases, however, a population experiences decline but recovers with a tolerance for chytrid infection, and individuals carry infection at lower, sublethal levels compared to very high loads found in those that succumb to the disease. Differential population outcome of Bd invasion has also been observed in many other susceptible amphibian species worldwide. While specific disease dynamics may be quite different from species to species and location to location, it is universally accepted that in cases of persistence with chytrid infection, the individuals in persistent populations are able to mount an effective immune response to the pathogen that is somehow blocked in extirpated populations. Questions central to my PhD research include: What is the immune response MYL frogs exhibit when they can persist with Bd? Is it humoral or cell-mediated or both? And most importantly, why is it blocked in some individuals and populations? Below I outline factors I am investigating that may contribute to Bd overcoming the amphibian immune response, or that may prevent Bd from successfully invading host populations.

Examining Factors in Differential Disease Outcome: Host Immunology and Immunogenetics. Amphibians have complex immune systems with functions analogous to mammalian immunity. This includes both innate and adaptive immunity, with homologous gene families that have been well-studied in amphibian and mammalian model organisms. However, relatively little is known about the immune response to fungal pathogens. There are many ways to study immune responses in animals that can be intrusive to the subject, which isn’t appropriate in a system involving an endangered species. As well, most methods for collecting immunological samples, except blood collection, require some immediate subset of laboratory conditions (bulky collection containers, temperature control, etc). This can be prohibitive when collecting samples in remote field locations. One of my main goals in studying the immune response in MYL frogs is to create an assay that can characterize the immune factors present in amphibian skin, where the chytrid infection resides, by taking non-intrusive skin swabs and preserving them in a room-temperature medium until they can be stored at colder temperatures in lab. In these skin swabs, I examine any correlation between chytrid zoospore load on the skin (a direct measure of infection intensity and animal illness) and presence of antibodies, lymphocytes and other key players in the immune response. Hopefully I can uncover what key mechanisms are present, or not, in frog skin at different stages of chytrid infection, and any differences between frogs that are persisting with Bd infection, those that are naive to it, and those that are dying of it. Differences in individual immune response may explain why declines occur in persistent populations, instead of all animals in persistent populations exhibiting tolerance of Bd when it invades. Additionally, I hope that my immunological work may uncover specific mechanisms in the general immune response to fungal infection-knowledge which may be applied to other fungal pathogen systems. In addition to characterizing the immune response as it appears on frog skin, I am interested in how individual differences in frog immune genotypes, or immunogenetics, may impact the outcome of chytrid infection on the individual and population levels. Little is known about immunogenetic diversity of non-model amphibians, and using samples I collect as well as archives of MYL frog tissue and swab samples from the last decade of population surveys in the Sierra Nevada, I am examining Bd-induced selection on frog immunogenetics, specifically in the Major Histocompatibility Complex (MHC) family of genes. This may reveal a genotype or genotypes of animals more likely to survive a Bd epidemic-a characteristic that may be very important in conservation efforts involving captive breeding and repatriation of extirpated populations. Selection for successful immunogene variants, whether natural (survivors of disease invasion) or artificial (through captive breeding efforts) can change the genetic composition of the population dramatically and may impact its ability or inability to endure future selective events.

Examining Factors in Differential Disease Outcome: Environmental Factors Exerting Population-Level Influence. It is well documented in the disease literature that abiotic and biotic environmental factors can directly impact an individual’s immune response in the face of pathogen invasion, across all taxa with complex immunity. For example, higher temperatures generally correlate with better immune function, and lower temperatures correlate with inhibited immune function. Both biotic factors (competition with other community members) and abiotic factors (weather) can influence prey capture, in turn changing strength of immune response due to change in nutrition. It is also understood that environmental factors can impact pathogens directly. In aquatic systems, water chemistry, water connectivity, substrate type, and organic inputs are just a few abiotic environmental factors that may make the environment more or less hospitable to the pathogen outside of the host, determining whether or not an environmental reservoir of the pathogen can exist. As well, the presence of asymptomatic carriers (in the case of Bd-other amphibians or other community members such as invertebrates and birds) in an aquatic habitat can provide a reservoir for the pathogen. In the case of Bd, I hypothesize that the ability to maintain some sort of environmental reservoir may be a key factor deciding the fate of MYL frog populations. In a lake with abiotic characteristics that are inhospitable to Bd, there may never be a large enough external ‘‘dose’’ of the fungus to cause a rapid infection, which in turn may allow the frog immune system time to mount its response before the frog succumbs to chytridiomycosis. By collecting environmental samples from lakes with persistent and naive MYL frog populations, as well as from lakes where MYL frogs have been extirpated, I am examining multiple abiotic characteristics that might impact chytrid colonization of the substrate and determine any correlations between these characteristics and population outcome. Understanding the factors that allow an environmental reservoir of an animal pathogen to not only exist but maintain high prevalence may also be one important characteristic that separates fungal pathogens from bacterial or viral pathogens. Fungi can be pathogenic and saprobic, and having a dual life history means not just having a resting, spore-like phase in the environment, but an actively reproducing presence in the aquatic microbial community outside of the host. As we witness a rise in reported fungal pathogens worldwide, understanding factors that allow them to reproduce and persist in the environment will be of utmost importance.

Examining Factors in Differential Disease Outcome: Tying It All Together to Further Conservation Efforts. Now that Bd is globally prevalent, researchers agree that it is most important to mitigate the effects of Bd on amphibian populations as opposed to preventing its spread. Revealing specifics of the amphibian immune response, finding genetic markers that reveal tolerance and learning more about specific environmental factors that may make a habitat inhospitable to Bd will create a body of knowledge that can be used in tandem to 1) predict the impacts of Bd invasion on currently naive populations, 2)determine the history of populations that were infected with Bd prior to researchers beginning surveys and 3) inform choices for reintroductions and translocations in amphibian conservation efforts.