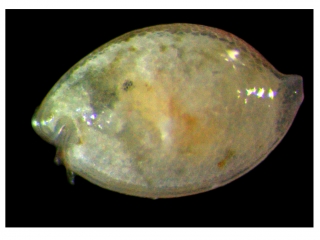 FORT LAUDERDALE-DAVIE, Fla. – Pop Quiz: what creatures make up more than 70% of the approximately 1.9 million described species on earth and have long served as model organisms in many areas of biology? If you guessed invertebrates, you’re right!

Jose Lopez, Ph.D., a professor at NSU’s Oceanographic Center, organized this workshop of expert invertebrate scientists to discuss the plausibility of and long-term strategies for sequencing the whole genomes of multiple, targeted (non-insect, non-nematode) invertebrate organisms.

“There’s so much more we can learn from these animals if we come together to focus and coordinate our research efforts,” said Lopez. “GIGA allows us to work collaboratively, as we discover new and exciting details of invertebrate genomics.”

For years, these creatures have been a staple in research; they include sea urchins for developmental/cancer cell biology; the mollusks Aplysia and Loligo for neurobiology research; Drosophila fruit flies for genetics, and the nematode worm C. elegans for cell line maturation, development and genetics. (Studies using all of these have received Nobel Prizes.)

Invertebrates display many unique and outlandish traits among animals, such as:

Given all that invertebrates can teach us about biodiversity, the question has arisen: are these unique features encoded within the DNA “genomes” (the complete hereditary material) of invertebrate organisms?

The overarching goal of GIGA is to provide a network of diverse scientists who will promote comparative genomics and bioinformatics research on non-insect/non-nematode invertebrates. GIGA was partially inspired by the Genome 10K project, initiated by NSU’s affiliate professor Stephen J. O’Brien, Ph.D., and colleagues to sequence genomes from 10,000 vertebrate animals.

Workshop participants came from the U.S., China, and Europe and included more than 40 experts in invertebrate biology, genomics and systematics from several universities and institutions, such as the Smithsonian and Scripps Oceanographic, and biotech industries (Life Technologies, PacBio and BioNanoGenomics) as well as NSU graduate and undergraduate students. In-depth discussions to develop the consortium’s framework were hashed out in breakout groups: which specific genomes to prioritize for sequencing, what DNA or RNA sequencing platforms are optimal, standards for collections and sample preparations, and where to specify a particular invertebrate taxon’s place on the evolutionary Tree of Life. Also discussed were nascent policies on data submittal, access and sharing within the GIGA consortium.

Primary funding for the workshop to kick-start GIGA was generously awarded by the American Genetic Association, publisher of Journal of Heredity.  The momentum of the workshop has carried on, leading to the creation of an NSU-hosted Website (Giga-cos.org) more international collaborations (i.e. the GIGA symposium at next summer’s Society for Molecular Biology and Evolution - SMBE – in Puerto Rico) and the white paper published in the current issue of Journal of Heredity.  This article further showcases GIGA’s main goals, ongoing projects, and recommended experimental standards and policies.

Dr. Lopez and colleagues summarized the mission of the consortium: “GIGA views our ongoing efforts as opportunities for those who have devoted their lives to the study of particular taxa to merge their deeper insights of the evolutionary history of their organisms into a modern genomics context.”