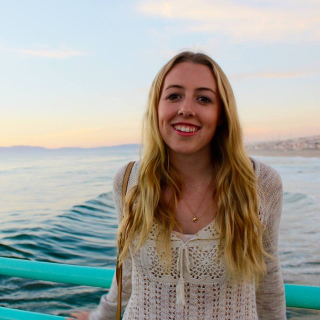 Brittany is a third-year undergrad and aquatic biology major at UCSB. While diving for PISCO last summer, she discovered the joy of waking up early on the ocean, especially if there’s coffee. Brittany interns in the Caselle lab year-round, identifying and measuring juvenile fish most of the year, and conducting SCUBA surveys during the summer. Her love of fish extends from the kelp forest to the reef variety, as she studied abroad at the University of Queensland in Australia last fall. While there, she interned at the Marine Spatial Ecology Lab and co-authored her first paper with Dr. Alastair Harborne. It was recently published in Coral Reefs. Though she’s a bit spoiled after diving in the majesty that is the Great Barrier Reef, Brittany loves a good challenge and looks forward to immersing herself in the eeriness of a cold kelp forest. She strives to inspire others to dive in her role as an officer of the SCUBA and Freediving Club, and has shared her love of the sea with her sisters in Gamma Phi Beta as well.