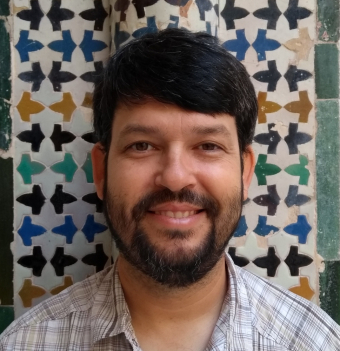 Dr. Larios (PhD, University of Arizona) has been awarded a UC MEXUS postdoctoral fellowship to investigate selection in seed mass in Dithyrea californica in the Mazer lab.  His research project is titled: Evolution in a heterogeneous environment: direct and cross-generational environmental effects on seed size, plant fitness, and natural selection on seed size

The size of a seed is one of its most important attributes; seed size can affect the probability and timing of germination, the intensity of competition that a seedling encounters, seedling survival, growth rate, and the fecundity of the resulting adult plant.  Within natural plant populations, plants originating from larger seeds typically have higher probabilities of survival and establishment , grow larger, and produce more seeds than plants derived from smaller seeds. Given that relatively large seeds generally perform better than small ones, evolutionary theory predicts that within populations seed size should evolve towards an optimum value that is specific to a given set of environmental conditions, and that populations should retain relatively low levels of variation in this fitness-related trait. In spite of the advantages enjoyed by large seeds, however, seed size varies by a factor of 10 within many wild plant populations. A major challenge for evolutionary biologists is therefore to identify the mechanisms responsible for the maintenance of such variation.

Five non-mutually exclusive processes may contribute to the maintenance of variation in seed size:

Genotype x Environment (G x E) interactions affecting fitness or seed mass:   In a heterogeneous environment, if the average fitness or seed size produced by a given genotype depends on the environment in which the seeds develop, natural selection may be “constrained” because the most-fit genotype is highly environment specific.

Cross-generational maternal environmental effects on seed-size selection:  The combination of both parental and offspring environmental conditions may influence the direction and strength of natural selection on seed size and reduce the genetic component of variation  of seed size (i.e., its heritability), which necessarily slows down the rate of seed size evolution.

Correlational selection:  Genetically based associations between seed size and other traits that affect fitness may constrain the evolution of seed size by natural selection.

Keno's will be the first to test simultaneously these five hypotheses in a single experiment, and to determine their relative importance in a wild species under field conditions. Through a combination of greenhouse and field work, we aim to elucidate the evolutionary dynamics of seed size and correlated traits in the desert annual plant, Dithyrea californica (Brassicaceae).