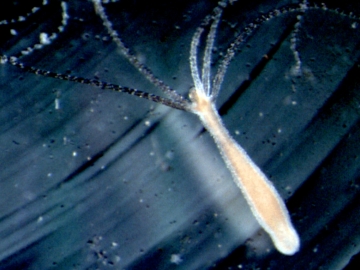 The Evolutionary Origins of Light Sensitivity

Our work has established that some key genes used in phototransduction of bilaterian animals, like flies, mollusks and vertebrates, are also used in cnidarian phototransduction. We test these hypotheses by integrating a variety of methods, including genomics, phylogenetics, confocal microscopy, behavioral assays, pharmacology, transgenics and RNA-interference.

Aide is interested in the molecular basis of evolution in cnidarian vision.

Rebecca Varney is interested in the interplay of stress and the evolution of novel traits and works mainly in aquatic invertebrate systems.